Yaya Jammeh had many camps of evil-doers and each of them left behind caseloads of victims and each caseload require special methodology and procedure in dealing with them.

The first camp of evil-doers are the killers, they killed and maimed for Yaya Jammeh. The likes of Moofaa Kanyi, Alhajie Martin, Edward Singhateh, Peter Singhateh, Yankuba Touray, Sanna Sabally, the Jungulars, Maliamungu, Bombardeh, Baboucarr Jatta, Sargent Jatta, etc. belong to this group. I suspect more names will surface as the TRRC process unfolds and reaches April 2000 and beyond. They have committed murders in the most gruesome way possible, just for the pleasure of killing. They are sadistic killers, the likes of which kill for the pleasure of it and they would kill your brother then go and have lunch with you or go and watch a football match as if nothing has happened. They are remorseless with no conscience and at their core they have defective characters. They could do it all over again if the same circumstance arises in the future and they always have a way of rationalizing it. Such men are dangerous. 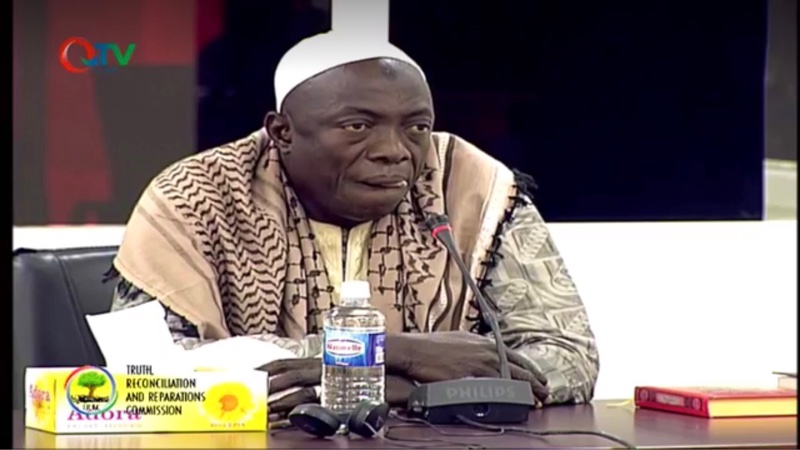 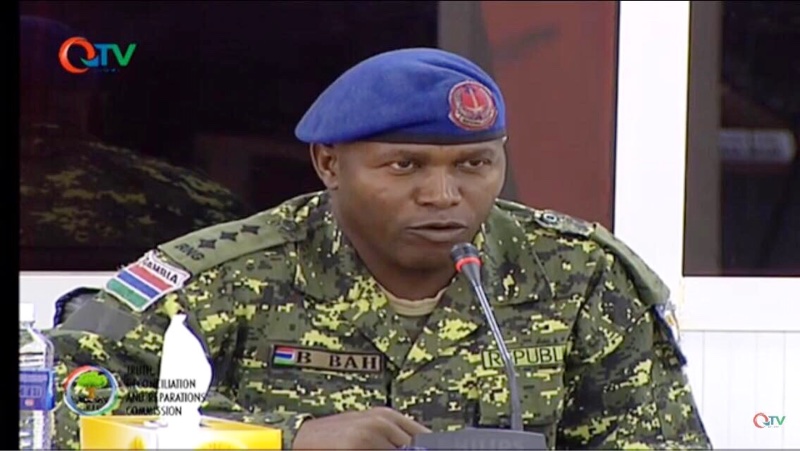 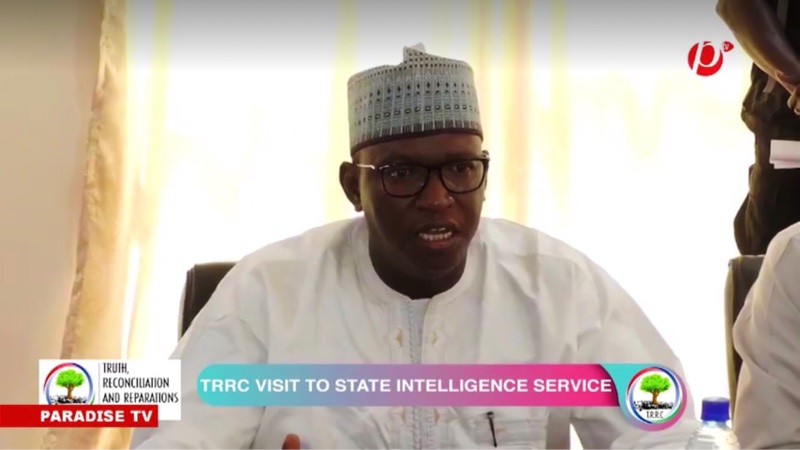 Then you have the second camp of evil-doers. These were the torturers. In this camp you have a whole cabal of NIA operatives, some Police Officers, the PIU, some soldiers and people like Baba Saho, Bakebba Susso, one Mr. Saine who is now blind,  Sheikh Jeng alias Sir Jeng, Daba Marrenah, etc. Yes Daba Marrenah, he was a torturer who later became a victim of the lion he helped created and protected. These are some of the people who tortured so many people including Solo Sandeng, who died of his tortures. Although these people may not have killed, but they could and are prepared to kill if they were asked to finish off their torture victims. Indeed in the case of Solo Sandeng they did just that either by design or accident, they ended up killing him.

Then you have the third camp of evil-doers. These were the political operatives. They created the political machinery and helped put Yaya Jammeh on the path to political ascendancy. First, it started with calling an illegal coup a revolution. Then the formation of the July 22nd movement. Then they helped him doctored the Constitution to remove the 40 years minimum age requirement which would have disqualified him and then they removed the term limit which would have shortened his reign and shortened our national nightmare.  They convinced him to throw away the uniform and stand for president, as if any convincing was needed. Then they did all kinds of politicking for him, lied for him, terrorized and intimidated the political opposition for him, rigged elections for him and helped usurped the whole machinery of state and government and place it at his whims and caprices for his personal and political aggrandizement. The whole public service including, most frighteningly, the Parliament and Judiciary, the other two co-equal branches of government meant to be a check on executive overreach, were at his beck and call. The Cabinet system of government, i.e. collective decision-making, was reduced to one-man rule. Yaya Jammeh succeeded in becoming the be all and the end all. In the process, Parliament and the Judiciary both became weaponized in the hands of Yaya Jammeh. The Judiciary was used to silence, and jail opponents and the Parliament was used to pass laws, amend the constitution at will, all of which was designed to satisfy Yaya Jammeh. The civil service, a supposedly apolitical institution became politicized and tribalized, likewise the army, the police and other security outfits. He was changing cabinet ministers like his underwear. In his 22 years, we had more than 15 Justice Ministers, I don’t know how many Health Ministers, Foreign Ministers, IGPs, Secretary Generals, Central Bank Governors, etc. And yet Yaya Jammeh never ran out of people to appoint to these positions. There was a whole queue of people, who were waiting to be called and they would gleefully accept any position offered by Yaya Jammeh. Gambians would give limb to get an appointment from Yaya Jammeh. In one particularly disgusting instance one person did not only give landed property to Yaya Jammeh to secure Ministerial appointment but went as far as placing his beautiful young daughter at the sexual pleasure of Yaya Jammeh. And Yaya reportedly placing bundles of US Dollar bills in her cleavage.

Even during the impasse following his electoral loss, when it all seemed over, and ECOWAS troops were massed on the boarder waiting for the order to move in and kick his badass out, some people were still accepting Ministerial appointments from him. He knew that, and he even said so. “I have two million Gambians to choose from”.

The fourth camp of evil-doers were those who allowed Yaya Jammeh to loot and empty our treasury. The Finance Ministers, the central bank governors, the heads of parastatals like SSHFC, GPA, Gamtel/Gamcel, etc, and their accomplices in the private banking sector.

The fifth camp of evil-doers were those errand boys and girls, glorified pimps and the crumb pickers. They pimp for Yaya Jammeh, lining up women and young girls, some of them still children at the time, some of them married, for him to prostitute and use them in every sexually humiliating way possible.

Then you have the rest. The vast majority of Gambians, not all Gambians by any means, but the vast majority who stood aside in silence and did nothing. It is said that evil-doers succeed in doing evil because good men stand aside and do nothing. And you don’t remember the actions of your enemies as much as the silence of your friends.

In the end when the story and history of Yaya Jammeh is written, it will point to our collective failure as a country, as a people and as a society. Yaya Jammeh was able to do what he did because he had scores of enablers, almost 100% of them Gambians.

There are few flaws with the Gambian character. Our outward manifestation of piety, religiosity, belief in Allah, while in our heart of hearts we don’t believe in Allah. The second flaw is our desire for “bigmanism”, the big man syndrome. If there is a third flaw it would be our “maslaha” syndrome. Fourth, is our believe in mysticism. Yaya Jammeh quickly understood these character flaws and he used them to deadly effects which helped him to survive for 22 long years and he could have stayed even longer if he had not grown foolish and hubris and started insulting and making genocidal threats to wipe out a whole ethnic group, which incidentally happens to be the largest ethnic group in the country.

As the TRRC process unfolds and gruesome details begin to emerge and, in all likelihood, will continue to emerge, here is my take.

First the TRRC must incorporate justice for the victims. If we are to end impunity and if we are to move the “Never Again” from a mere slogan to concrete actions, we must prosecute some of the evil-doers. While we cannot and indeed should not prosecute every single one of above category of evil-doers and enablers, in fact we do not even have the resources to do that, we must prosecute those who bear the greatest responsibility and those who caused the greatest and irreparable loss and damage. In my humble view this should be those who killed and those who gave the order to kill and those who torture and those who gave the order to torture. Also to be prosecuted are those who raped and sexually enslaved our women, our sisters, our wives and our daughters, provided the victims are willing to come forward to lodge criminal complaint and provide evidence in court. However, I believe it is our responsibility to create the environment and the process for these women to come forward anonymously if they wish and to be provided with all the support they may need, legal, medical and psychological.

Secondly those who helped Yaya Jammeh to loot our treasury and those who benefited from that loot must face the full force of the law, their ill-gotten wealth confiscated and returned to the Gambian people. The rest, in my view are the ones that could fall under the reconciliation umbrella of the TRRC and other processes. With regards to our character flaws, we need a national introspection at all levels from the family level, the schools, our culture of wastefulness and leaving beyond our means symbolised by the wasteful 'takas' and 'ngentehs', the get rich quick and at any cost mentality, the “big-man” syndrome,  the "Maslaha", the false religiosity,  the absence of sense of civic duty and civic responsibility, the hero-worshipping of our leaders, etc. That will take time and deliberate effort to overcome. We all have a role to play in that as parents in the way we bring up our children, as teachers in terms of character education and civic education and self-discipline and as politicians the way we conduct our politics, as leaders the way become role models. In my view all these should necessarily be part of the “Never Again” agenda.

Have  a Great Weekend All of You.

Salifu Jarsey is a Gambian based in the Middle East and has professional career spanning over three decades working on Education and Child protection issues  in government and international organisations.